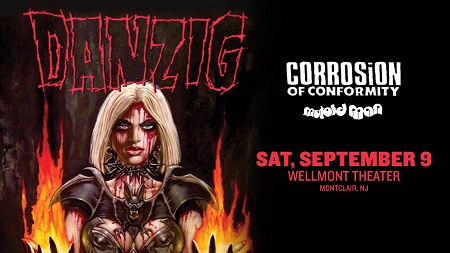 GIVEAWAY — Enter for your chance to WIN 2 TICKETS to Danzig with Corrosion of Conformity and Mutoid Man at The Wellmont Theater this Saturday, 9/9. Enter at this location.

Danzig just uploaded an official video for “Last Ride.” The track is taken from the new album, Black Laden Crown, which was released in May of 2017. The video can be viewed below.

Previous: Help Houston for a Chance to See Incubus @ Red Rocks
Next: Experience Music in a New Way with Inside Music’s WebVR Experiment – Perfume Genius