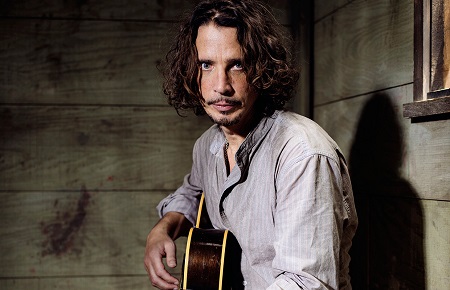 Another posthumous release from Chris Cornell is coming this fall. Produced by Johnny Cash’s son John Carter Cash, Johnny Cash Forever Words: The Music will feature poems, written by his father, set to music. The poems will be taken from the recently published Forever Words: The Unknown Poems, a book of unearthed poems found after Cash passed away in 2003, with some dating back to when he was only twelve years old.

Cornell will appear on the album alongside Brad Paisley, Jewel, T-Bone Burnett, Kacey Musgraves, Jamey Johnson and more. The initial inspiration came after country artist Brad Paisley set one of Cash’s poems to music, the song is titled ‘Gold All Over the Ground’ and can be heard via the embedded clip below.

Yesterday, Survival Pictures released Cornell’s final music video for “The Promise,” a song he wrote for the film of the same.