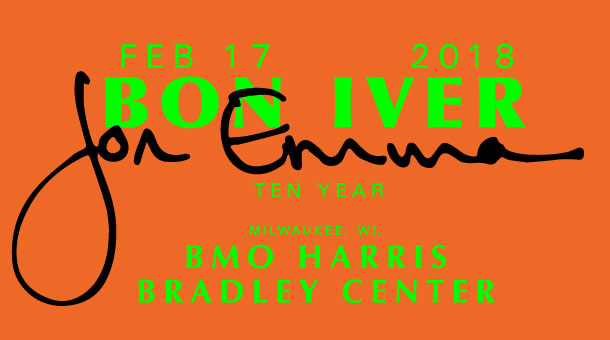 Bon Iver (aka Justin Vernon) played a never-before-heard song last night (1/17) in Milwaukee, WI at the Bradley Center.  Recorded during the For Emma, Forever Ago sessions, the song is called “Hayward, MI.”  Vernon unveiled the track at the ‘For Emma, Ten Year’ concert, a one-of-a-kind show celebrating the tenth anniversary of Bon Iver’s debut album, For Emma, Forever Ago.  Fan-filmed footage of the performance can be viewed below.