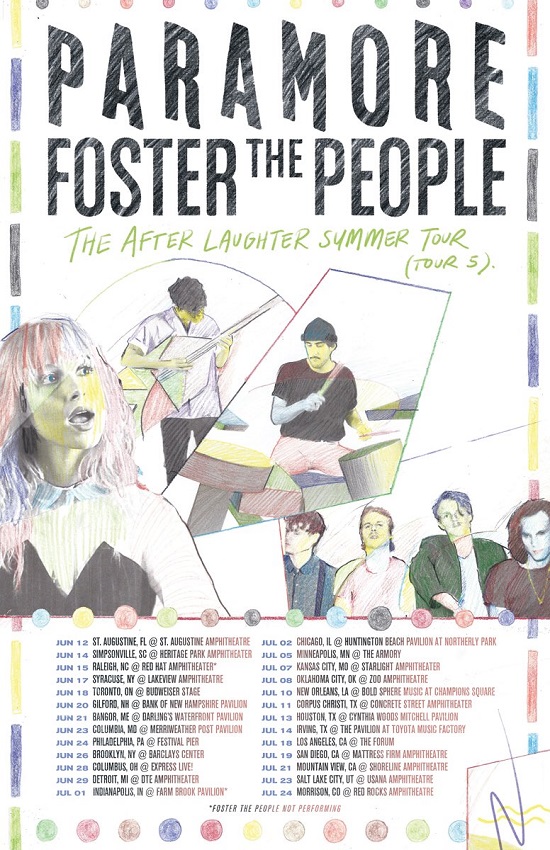 Paramore and Foster the People will embark on a North American tour this summer, set to kick off on June 12th in St. Augustine, FL at the St. Augustine Amphitheatre.   The 26-date trek will wrap up on July 24th in Morrison, CO at Red Rocks Amphitheatre.

Foster the People released their third studio album, Sacred Hearts Club, on July 21, 2017.   The album peaked at #47 in the United States on the Billboard 200 and #8 on Billboard’s Top Alternative Albums chart.

Paramore released their fifth studio album, After Laughter, on May 12, 2017.  The album debuted at #6 in the United States on the US Billboard 200, selling 67,000 album-equivalent units, of which 53,000 were traditional album sales.  It also debuted within the top 10 of seven other countries including Australia, Austria, Canada, Ireland, New Zealand, Scotland and the UK.