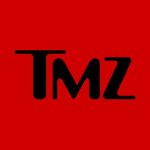 TMZ: Ray Liotta Has Died. He Was 67. R.I.P. Read the entire article @ this location.

Ray was shooting a movie called “Dangerous Waters” on the island and died in his sleep … according to a source close to the actor. We’re also told there was nothing suspicious about the death, and no foul play is suspected. His fiancée Jacy Nittolo was with him while he was working on the project. –READ MORE

Raymond Allen Liotta was born in Newark, New Jersey, on December 18, 1954. Having been abandoned at an orphanage, he was adopted at the age of six months by township clerk Mary and auto-parts store owner Alfred Liotta. –Wikipedia

After college, Liotta moved to New York City. He got a job as a bartender at the Shubert Organization and landed an agent within six months. One of his earliest roles was as Joey Perrini on the soap opera Another World, on which he appeared from 1978 to 1981. He quit the show so he could try his luck in the film industry and moved to Los Angeles. He made his film debut in 1983’s The Lonely Lady. His first major acting role was Something Wild (1986), which earned him his first Golden Globe nomination, this nomination being for Best Supporting Actor – Motion Picture. In 1989, Liotta portrayed the ghost of famed baseball player Shoeless Joe Jackson in the fantasy/drama film Field of Dreams. In 1990, Liotta portrayed real-life mobster Henry Hill in Martin Scorsese’s critically acclaimed and commercially successful film Goodfellas. –Wikipedia

I am utterly shattered to hear this terrible news about my Ray.
I can be anywhere in the world & people will come up & tell me their favorite movie is Goodfellas. Then they always ask what was the best part of making that movie. My response has always been the same…Ray Liotta. pic.twitter.com/3gNjJFTAne

RIP Ray Liotta. I feel so lucky to have squared off against this legend in one of his final roles. The scenes we did together were among the all time highlights of my acting career. He was dangerous, unpredictable, hilarious, and generous with his praise for other actors.Too soon pic.twitter.com/FvsV2NNHkw

I can’t believe Ray Liotta has passed away. He was such a lovely, talented and hilarious person. Working with him was one of the great joys of my career and we made some of my favorite scenes I ever got to be in. A true legend of immense skill and grace.