Mötley Crüe’s Mick Mars, “While I Was Clearly Joking About The Free Tickets….” Tour Statement 2019 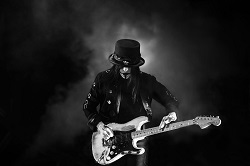 Mick Mars: While I was clearly joking about the free tickets that night on TMS, I was also deeply convinced that we would never ever be touring again.  I would have never expected to be facing a whole new generation of fans demanding to see us play.  In fact, tour with Motley Crue comes at a weird place in time, since my solo record is almost complete after such a long time of writing and recording.  But, I put our fans first.  Anyways, I am eating a lot of crow and humble pic this Thanksgiving for those remarks and accept that some of you see this as me being dishonest.  I said what I said and I was wrong.  Peace 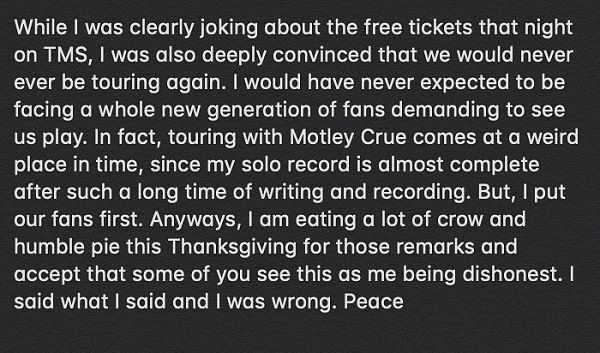