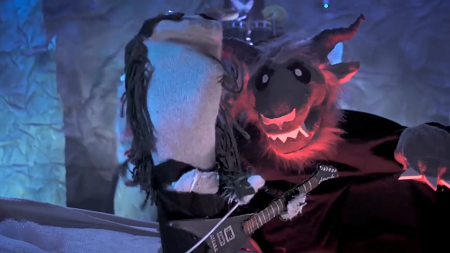 In the clip below, former Pantera vocalist Phil Anselmo teams up with Sock Puppet Parody for this year’s Immortal Christmas video.

Description:
Immortal Christmas has returned to engrave their name on the naughty list, but Krampus (voiced by Anselmo) has other plans.