Iron & Wine will release his new album, Beast Epic, on 8/25/17 via Sub Pop Records. You can now watch the official music video for the first single “Call It Dreaming” directed by J. Austin Wilson. As we previously reported, the forthcoming effort will mark the first full-length album since 2013’s Ghost on Ghost. During the hiatus Iron & Wine has released two collaborative efforts, a 2015 covers album, Sing into My Mouth, with Ben Bridwell of Band of Horses and in 2016 an album of duets with Jessica Hoop called Love Letter for Fire.

Regarding the album, Sam Beam states “I have been and always will be fascinated by the way time asserts itself on our bodies and our hearts. The ferris wheel keeps spinning and we’re constantly approaching, leaving or returning to something totally unexpected or startlingly familiar. The rite of passage is an image I’ve returned to often because I feel we’re all constantly in some stage of transition. Beast Epic is saturated with this idea but in a different way simply because each time I return to the theme, I’ve collected new experiences to draw from. Where the older songs painted a picture of youth moving wide-eyed into adulthood’s violent pleasures and disappointments, this collection speaks to the beauty and pain of growing up after you’ve already grown up. For me, that experience has been more generous in its gifts and darker in its tragedies.” 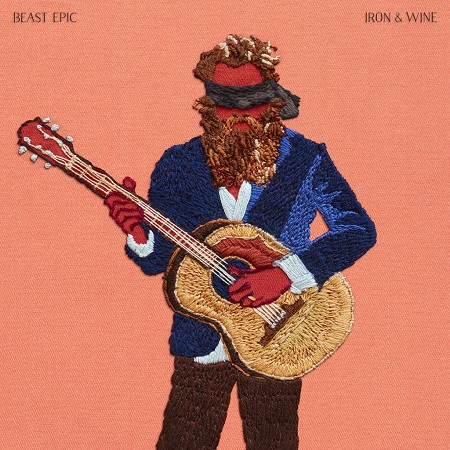 beast epic. n. A long, usually allegorical verse narrative in which the characters are animals with human feelings and motives.