The News-Herald: The Red Rocker, who made his first major mark with the band Montrose in 1973 and entered the Rock and Roll Hall of Fame in 2007 as a former member of Van Halen, is as famous for his business acumen as his music. You can read the entire feature @ this location.

An excerpt from the article can be found below. 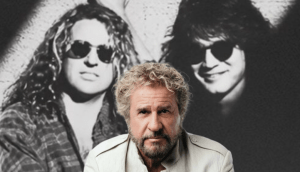 He is, however, bemused at chatter earlier this year about renewed Van Halen activity — specifically rumors about a tribute show under the auspices of drummer Alex Van Halen. Former Metallica bassist Jason Newsted was the first to talk about it, then guitarist Joe Satriani confirmed the discussions and original frontman David Lee Roth has chimed in, albeit enigmatically.

Michael Anthony spoke about it to SiriusXM host Eddie Trunk, “just because there was all this talk about Jason,” Hagar says. “What’s that about, Jason Newsted playing bass for Van Halen? Great guy. Great musician. But in Van Halen? No, not when Mikey’s still here and alive to do it.”

Hagar said he, too, had been approached by Van Halen’s management with a similar idea but is not interested. “I’m so happy with everything I’m doing now, I don’t think I’d go back there,” he says. “Maybe if Alex was interested, it might be something to talk about, with him and Mikey and a superstar guitar player. But it’s really not Van Halen without Eddie, so…I just don’t know.” 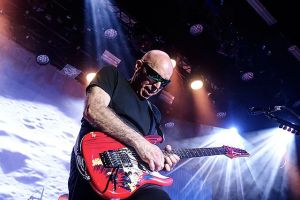 Joe Satriani on Jason Newsted’s Van Halen Tribute Tour Leak: “It has only caused grief in the family” – READ IT on full in bloom

Previous: Interview w/ Guitarist Chris Poland – Talks Megadeth, Drugs, Killing is My Business, Peace Sells: “The drugs that we were doing…You’d do it, and then you’d be able to work all day” – 2022
Next: David Lee Roth Painting Auction – 2022 – Boom Shaka-Laka-Laka – Van Halen, Baby!