Lucy Rose, “I’ve never been happier on the road than I am right now!” – UK/Ireland 2017 Tour Update 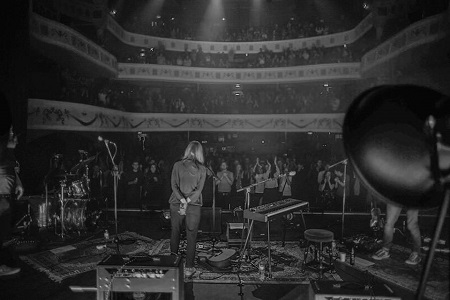 “We are four shows in this UK/Ireland tour and seeing you guys at the shows supporting me is always such an overwhelming emotion. I’ve loved writing and making this new record but to have a crowd then sing it with me, or when someone gets excited when I start playing a song really means a lot. I’m lucky enough to be touring with the band that played on the new record, Chris, Ben, Andrew and James, and I have to tell you, they are awesome! On top of that we have the best support act – Charlie Cunningham, if you haven’t checked his music out yet then you must! He moved to Spain for two and a half years to learn how to play guitar like he does and it’s really something. To finish off the team we have Neil doing a smashing job on sound, Will (my husband) tour managing and even playing tambourine and my cousin Tom doing a grand job on merch. I don’t mention enough the team I have on the road with me, they aren’t just amazing at what they do but they really are the funniest, most caring bunch of people and I feel so lucky to have them on the road with me. I’ve never been happier on the road than I am right now!”

Great work from @lucyrosemusic support team of @mickmoggs and Neil doing a superb job on the sound desk in Manchester last night ??? pic.twitter.com/rbb9qjY9MU