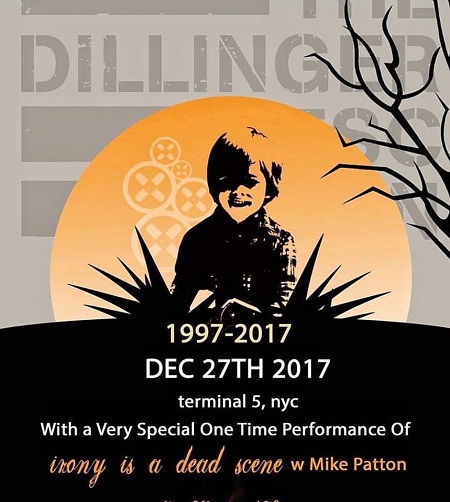 The Dillinger Escape Plan will soon retire their band following three final shows at New York City’s Terminal 5. On the 28th and 29th of December, the sold out shows will include special guests Code Orange and Daughters, but it’s the show on the 27th that piqued my interest.  On that date, The Dillinger Escape Plan will do a one-time only performance of their 2002 EP Irony Is a Dead Scene with the person they recorded the EP with, Mr. Mike Patton (Faith No More, Mr. Bungle, Dead Cross). At this time, tickets are still available at this location.

The Dillinger Escape Plan guitarist and founding member Ben Weinman commented: “Yep. We held a few tickets for this announcement. Don’t sleep on this. It will never happen again.”