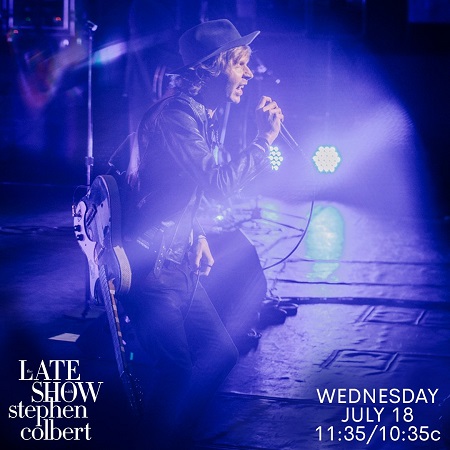 Beck will be the featured musical guest on The Late Show with Stephen Colbert tonight, July 18th. Tune in @ at 11:35/10:35c on CBS. Check back, we’ll embed the performance below.

Beck released his latest studio effort, Colors, on October 13, 2017. The album peaked at #3 in the United States on the Billboard 200 and #5 in the United Kingdom on the Official Albums Chart.

His previous album, Morning Phase, was nominated for five awards at the 57th Annual Grammy Awards, winning three: Album of the Year, Best Engineered Album, Non-Classical and Best Rock Album. On the Billboard 200 chart, it peaked at #3, while reaching #1 on the US Top Alternative Albums and US Top Rock Albums chart, eventually being certified gold for selling in excess of 500,000 equivalent copies.