Loreena McKennitt ‘Lost Souls’ New Album Out in May 2018 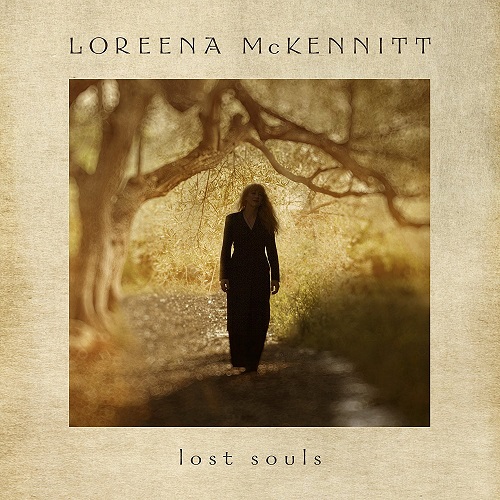 Loreena McKennitt will release her new album, Lost Souls, on May 11, 2018.  This long-awaited and eagerly anticipated album is a rich and eclectic tapestry of songs woven with influences from the Celts to the Bedouins, stitched with the sounds of a diverse and exotic collection of musical voices, including the nyckelharpa, oud, kanoun, flamenco guitar and a Canadian military band.

“Although Lost Souls does not follow the next chapter in my pursuit of the history of the Celts, it has been gratifying to complete a selection of songs on which I’ve been working on for some time,” says Loreena. “Life has been so full and demanding these past ten years – both personally and professionally it was also gratifying to get back to the creative part of the process.”

There are nine songs on the new album. Several were begun by Loreena some time ago, while others have been progressively taking shape in the midst of more recent projects and journeys.  A few draw on the poetry of John Keats and W.B. Yeats, while another evokes a distinct Middle Eastern flavor.

The album was recorded from May through October 2017 in Hamilton, Canada at Catherine North Studios and at Peter Gabriel’s Read World Studios near Bath, in South West England.

It features Loreena on vocals, piano, keyboard, accordion and harp, accompanied by her core group of fellow musicians, many of whom you know: Brian Hughes on guitars, bazouki and synth, Caroline Lavelle on cello and concertina, Hugh Marsh on violin, and Dudley Phillips on acoustic and electric bass.

Previous: Jack White “Over and Over and Over” Official Video Premiere
Next: Slayer Talks About the Early Days + 2018 Tour Dates