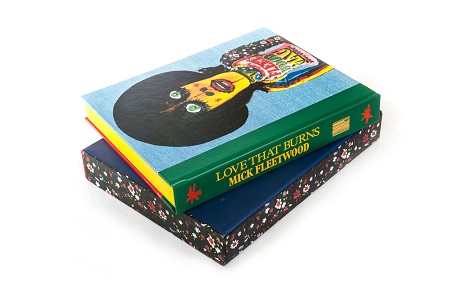 Fleetwood Mac got famous so quickly; we were still playing small clubs even as we were becoming pop stars.”-Mick Fleetwood

In 1967, Fleetwood Mac debuted at the Windsor Blues and Jazz Festival. 50 years later one of its founding members Mick Fleetwood documents the rocky beginnings of a band that emerged from what is now referred to as the British Blues Boom.
This official limited edition autobiography contains over 400 rare images and contributions from early Fleetwood Mac members including the legendary Peter Green, Christine McVie and John McVie and Jeremy Spencer.

The line ‘Please don’t leave me with a love that burns’ applies to a lot in the Fleetwood Mac journey. When Peter Green left the band, that’s how I felt – that the love would be irreplaceable, and in many ways it was.” 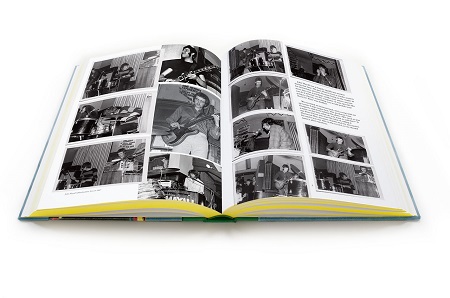 The Windsor Jazz & Blues Festival was Fleetwood Mac’s first official gig. It was such a significant musical gathering, like Paris was for artists in the 1920s.” 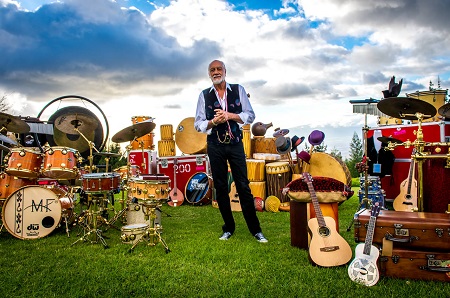 Mick Fleetwood is a self-taught drummer and a founding member of one of the most successful bands of the last 50 years, Fleetwood Mac. Formed in 1967, their first album Peter Green’s Fleetwood Mac came in at no.4 in the UK charts and brought the band overnight success. They went on to release the no.1 hit ‘Albatross’ and a series of critically acclaimed albums, with further hit singles including ‘Black Magic Woman’ and ‘Need Your Love So Bad’.

A constant in Fleetwood Mac’s frequently changing line-up, Mick Fleetwood took over management of the band two years before they released Rumours which – having sold over 40 million copies worldwide – remains one of the best-selling albums of all-time. Mick Fleetwood now runs the hugely successful Fleetwood’s on Front St. restaurant and bar in his home of Maui, Hawaii.

Previous: For the Sake of Heaviness: the History of Metal Blade Records – August 29th
Next: The Sherlocks to Play FREE Reading & Leeds Fest Warm-Up Gig