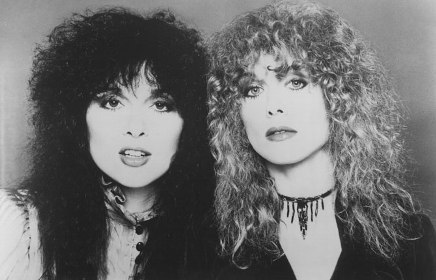 According to Seattlepi.com, Heart vocalist Ann Wilson’s husband Dean Wetter was sentenced to 364 days in jail, with time suspended, after pleading guilty to two counts of assault. The sentencing was part of a plea deal for allegedly choking and punching Ann’s nephews – Nancy Wilson’s sons – after the boys left a tour bus door open. Wetter is required to be on probation, pay restitution, undergo counseling and have no contact with the boys.

According to court documents, Nancy’s twin sons and stepdaughter asked Wetter if they could see the inside of Ann’s tour bus (while Heart of was tour). Wetter agreed but told the boys to make sure to shut the door so the dogs on the bus wouldn’t get out. After seeing the bus, the first boy to exit left the door open for the others, causing Wetter to become enraged.

A detective report details how Wetter became “immediately upset and began calling the teen names, slapping him on the back of the head, causing pain.” After the teen asked why he hit him, Wetter responded by “punching (the teen) in the back of the head with a closed fist, causing him to be stunned and see stars.” The report then suggests that Nancy’s other son intervened causing Wetter to “grab him (the son who intervened) by his throat and squeezed to the point that the teen could not breathe”. Shortly after, the teens called 911 and Wetter was arrested and charged with two counts of assault, one felony and one misdemeanor.

If you have been wondering why Heart’s Ann & Nancy Wilson have been doing solo tours at the same time, it’s due to the fact that they are still not on speaking terms.  The incident has caused a rare rift between the sisters, who have played in a band together since the 70s. Ann Wilson recently revealed that while the two are still not speaking, they have been texting.