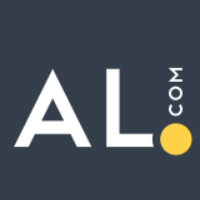 AL.com: These musicians made their names during the 1980s, but they’re not stuck there by any means. Tracii Guns talks L.A. Guns, Motley Crue, & Jimmy Page. You can read the entire interview @ this location.

Jimmy Page, Randy Rhoads, Johnny Thunders, I can hear those influences in your tone and your playing. Who are a few guitarist people might not guess that you love, that have impacted you a lot?

The one I mention the least is really Dave Murray. When I was a kid, I was so into those first two (Iron) Maiden records, and I think it has more to do with like live. Like with the “Over The Edge” solo, the way I do the vibrato is very Dave Murray, and I never really connected that until a bunch of years ago. A lot of people say it’s like a (Michael) Schenker kind of thin. And I’m a huge Schenker fan but the way I do that slow vibrato really sounds more like Dave Murray to me.

And then obviously (late Irish guitarist) Gary Moore. (Jimi) Hendrix to the max. I mean, a lot of the improvising I do live is more Hendrix than Page really. My tone is way more on the overly distorted side than Page live. Page was like almost in control, almost. [Laughs] But Hendrix and Randy are very out of control, the guitar sound. And so, when it’s like slow Zeppelin blues jam it’s still more like “Red House.” I still phrase it more like Hendrix would.

But yeah, I do have a weird palette. Because it’s Johnny Thunders and (The Germs guitarist) Pat Smear on one end and then it goes Gary Moore, Page and Hendrix right in the middle. It’s a weird combination but those are the guys I like.

So, a little something different about your history, with the Motley Crue “Stadium Tour” recently launching, I was watching a video of Brides of Destruction, your supergroup with Nikki Sixx, playing the Motley classic “Live Wire” and sounded awesome. What do you think is brilliant or underrated about those early Motley songs? Because those first couple of records are just so great.

It’s the innocence, isn’t it? It’s these guys that are kind of from working-class families. Nikki’s kind of a terror and wants to be a rock star so bad to validate him as a human being, right? So, number one, the chemistry. Those four guys, man, the chemistry is undeniable. And the great thing about (Motley Crue’s debut album) “Too Fast for Love” is they really wore their influences on the sleeves. It sounds like Sweet, but it sounds like Motley Crue, this new band.

And the way it was recorded, that’s really what they sounded like live back then. Really raw and really loud. And Vince (Neil) was a really special vocalist. Nobody sounded exactly like Vince, and it was really coming out of the L.A. punk scene. New wave was done pretty much.

And there was W.A.S.P., and I loved W.A.S.P. too but Motley Crue just seemed to have … more chicks. [Smiles] More chicks went to the Motley Crue shows at the Troubadour, you know? So, for me, it was like a lifestyle. That was my lifestyle when I was 15, 15-years-old, going to see Motley Crue, dyed my hair black, wore leather 24 hours a day, going to high school thinking I was cool and all that stuff.

And so when I got to do Brides, I didn’t really give a hit about Brides, I just really wanted to play Motley Crue music. [Laughs] And I only wanted to play stuff off “Shout at the Devil” and “Too Fast for Love” and that’s what we did. Nikki was like, “We’ve got to play some L.A. Guns” and I’m like, “No!” and we did, and it was so cool watching Nikki each night play the intro to “One More Reason” because “One More Reason” I got that from (Motley Crue song) “Take Me to the Top.”

There was a lot of that going back and forth between Nikki and I. He liked L.A. Guns and I liked Motley Crue. And as much as I have a f–ked-up relationship with Nikki, and I really don’t care at this point, I love that music. I love that image. And if it wasn’t for him and his vision for that band, I wouldn’t have done L.A. Guns. I might not even be a successful musician if not for that band. And that the truth.

The “f–ked-up relationship” between the former bandmates likely stems from comments made by Nikki Sixx on Twitter in 2017. 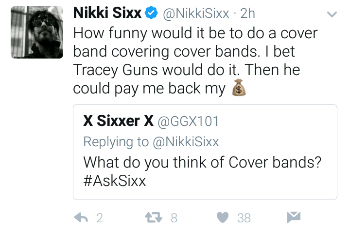 Tracii responded to Nikki’s comments on the Metal Sludge website. 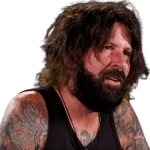 Nikki and I once upon a time were in a midlife band crisis. We were looking for something to do that would be fun and make some music together no see where it would lead. We were very good to each other and also enlightened each other in various ways musically vs business.

We didn’t have a lot of money. His manager paid for our rehearsals and Nikki actually paid me 2000 a month for about 6 months until we eventually got a nice little record deal between sanctuary and universal Japan. Until that point, I started an eBay account and helped Nikki sell his extra equipment to raise cash. I got 10% of that for doing the grunt work and I was happy to do it as he was very grateful that I took the task on for him. I also helped him to restructure his outgoing dough to help reduce his monthly nut and we did a good job and things were less stressful for him.

Basically, we were allies and temporarily best friends because we needed each other at that point in our lives.

We did not end our band on good terms. However, I was paid for my services that I contributed to his next venture. Scot Coogan was also involved longer than I was in these services and claims to me that he was never paid.

I know Nikki as a person very well and he is lashing out in an abusive way toward me right now. As hurtful as it is, I understand him as a person and l have no interest in this internet drama.

If there was any reality to the fact of Me stealing money from Nikki, I am sure enough time has passed to where he could have gotten ahold of me and made me aware that he felt something wrong happened, but the fact is, there isn’t anything to talk about as far as theft or wrongdoing is concerned on my part.

I am sorry he has anger toward me, but I’d like to take the high road at this point and wish him strength in his future.