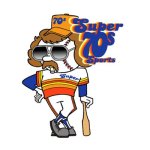 If you thought Iowa was losing at home with David Lee Roth in the goddamn house, you were sadly fucking mistaken. 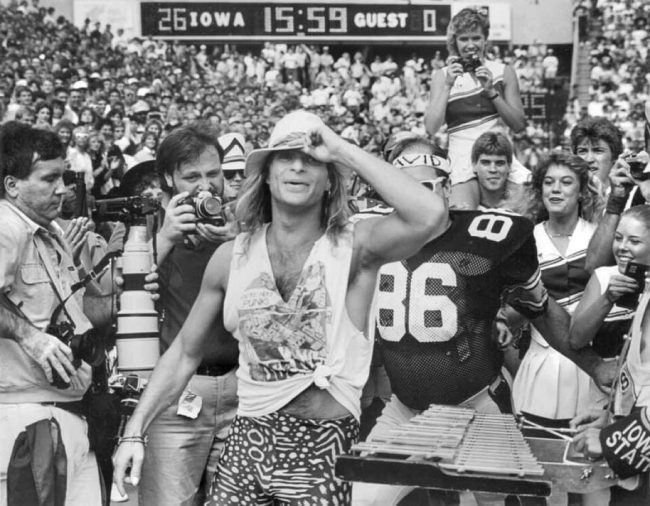 On that day (Sept. 13, 1986), Roth — by then riding the wave of a burgeoning solo career after exiting Van Halen in 1985 — strode onto the Kinnick Stadium turf at halftime and performed a jubilant version of his hit, ‘Yankee Rose,’ with the Iowa State marching band. ‘Diamond Dave’ was holding court that weekend around Iowa, playing shows at both Hilton Coliseum in Ames and Five Seasons Center in Cedar Rapids.

The downside of playing in the game is missing the activities around the game. As much of a fan as I am of Van Halen and David Lee Roth, I wouldn’t trade a second of my time playing on the field for the Hawkeyes! Glad he could watch the game in Iowa City! https://t.co/5rIL3cUAY6

Today back in 1986: @DavidLeeRoth performs with the marching band during halftime of the @HawkeyeFootball @IowaStateFB game at Kinnick Stadium.

Incidentally, this is one of my holy grail videos to find. Surely someone connected with marching band filmed DLR. @kinnickstadium pic.twitter.com/KSOVqajkiE