Kenney Jones: ‘Let The Good Times Roll: My Life in Small Faces, Faces and The Who’ Autobiography – Book 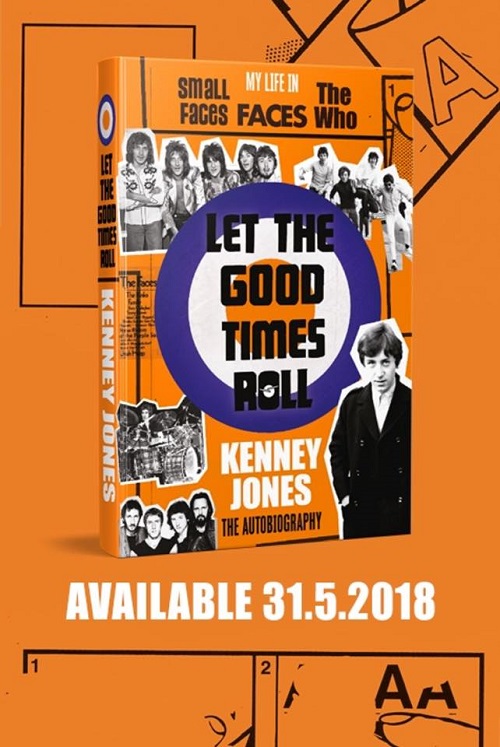 With a career spanning six decades, Kenney reveals what went on during the most exciting era of British music.  His story takes us through the Mod revolution and the swinging ’60s, hanging out with The Stones, The Beatles, David Bowie, Jimi Hendrix, Keith Moon, Rod Stewart and Bob Dylan.  Kenney played (and drank) with all of the greats as he enjoyed the wild excesses of the ’70s and ’80s.  But it wasn’t all hedonistic rock’n’roll partying, Kenney reveals the financial and legal troubles that continue to haunt the legacy of the Small Faces the sad and untimely deaths of the band’s members and the difficulties he faced in filling Keith Moon’s shoes in The Who.  Kenney also reflects on his private life, his family, love of horses and an unexpected venture into polo and meetings with the Royal Family.  He speaks openly about his diagnosis with cancer and his work to help raise awareness for prostate cancer.

Uniquely talented, Kenney has lived his life to the full and his memoir makes for a captivating read: a rich tale of how a young cockney Herbert came to be part of the biggest social transformation in living memory.  The legacy created by him and his band mates has influenced the likes of Led Zeppelin, the Sex Pistols and Oasis.

Kenney Jones: “This book has been a long time coming! I’m delighted to finally be penning my story..”