Judas Priest Guitarist Glenn Tipton on Iron Maiden: “They took what we had done and made it their own” – 2022 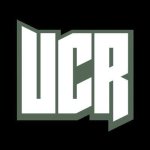 Ultimate Classic Rock: When you think of bands that pioneered the twin-guitar attack, Judas Priest and Iron Maiden are two that likely come to mind – READ THE ENTIRE INTERVIEW

Kerry King of Slayer recently called your turn in “Beyond the Realms of Death” his favorite Tipton solo of all time.
That’s very good of him. I know he’s always been a big fan of the band. It’s great when a guy like that can open up and say what he enjoyed about tracks [like that]. It is a favorite solo of mine. It’s nice to hear somebody like Kerry come out and say that. With all of the hard work you put in, it’s nice to know that it’s appreciated.

What do you remember about the song and coming up with that solo?
Only the fact that it was a great solo to play onstage, and it gave a reprieve in the show. You can take a breather and then what follows on from that seems to be even more powerful.

Iron Maiden also had the twin-guitar thing, but they had a specific approach. As a guitar player, what was interesting to you about them?
I think it was a natural progression, that’s the phrase I would use. They took what we had done and made it their own. It’s important to be very easily recognizable when you’re writing songs. You know that you’re successful, I think, when you hear yourself on the radio and it’s easily recognizable. I think that Maiden did that. They’re very influenced by Priest, but they did it in their own way and all credit to them for that.