Havok Vocalist, “We wanted the music to be harder and heavier” 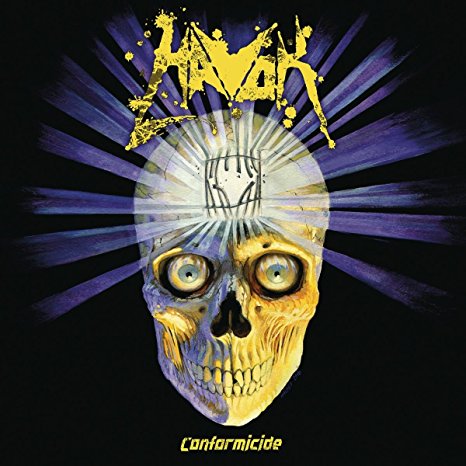 “We wanted the music to be harder and heavier,” Havok frontman David Sanchez said. “Just the current state of the world, looking around, there’s a lot of stuff to be really angry about, so the lyrics wound up fitting the music really well on this record because there’s a lot of problems right now.”

“There’s an intro on that song that a lot of people won’t expect from a band like us, and it’s kind of a longer song,” Sanchez said of “Ingsoc.” “It’s got a lot of different cool riffs in it. In the middle section, there’s a riff that doesn’t happen anywhere else on the record. When the solos happen, both Reece (Scruggs, lead guitar) and I each have a solo, and underneath the solo, there’s music that’s happening, which is exclusive only to those lead sections. So the whole middle of that song kinda like takes you for a journey to somewhere else that is unexpected. ‘Cause in a lot of songs, we’ll have a solo over a riff that you’ve already heard in a song, maybe a verse riff or a chorus riff or something, and ‘Ingsoc,’ the solo sections are completely independent and sit all by themselves alone on the record, and they’re unique.”