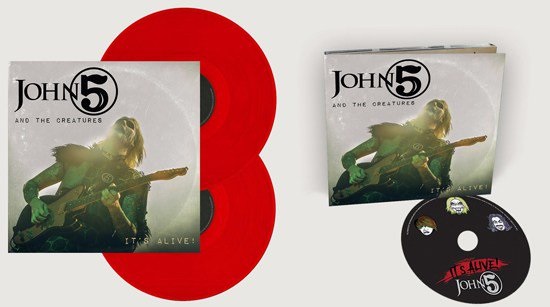 Today (October 31st), John 5 completed his first #AskJohn5 session on his official community forum. In it, he was asked by fan marcusfiddy if he had any plans to release new music or other new products.

John 5’s reply: “I’m going to be releasing a live record next year, really excited about that as it’s my first one. It’s going to be called IT’S ALIVE!”

Album Details:
Available on CD and double LP colored vinyl.
You can pre-order the album at the official John 5 store at this location. It will be released on January 25th and on the same day on digital formats (streaming and purchasing). A 24-page full-color tour book will also be available for purchase separately.

2. Flight of The Vulcan Kelly

4. Here’s to the Crazy Ones

8. Season Of The Witch