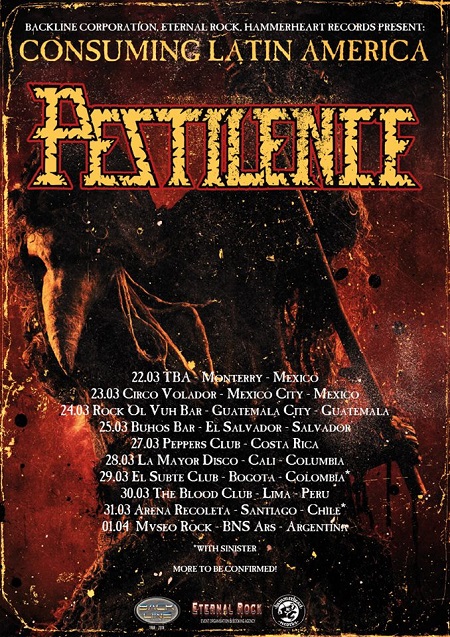 Pestilence will release their upcoming album, Hadeon, via Hammerheart Records on March 5, 2018. It will be the first album from the band since 2013’s Obsideo.