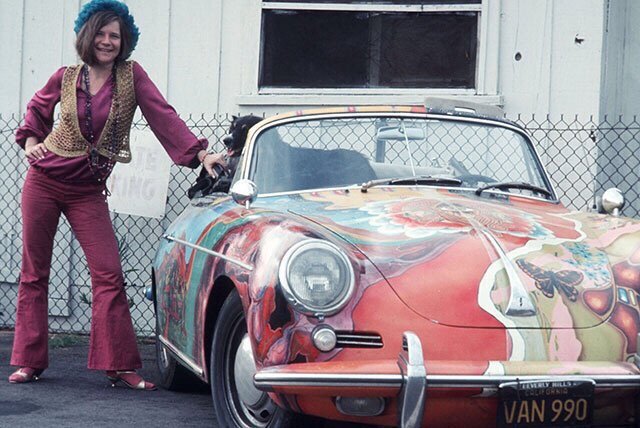 Janis Joplin’s iconic psychedelic Porshe is going from the museum to the auction house this December as Sotheby’s will be taking bids for the distinctive ride. Insiders predict the car will sell for more than $400,000 when the bidding opens on December 10th at Sotheby’s New York City store. According to Sotheby’s, Joplin owned the car from 1968 until her death in October 1970, hiring Big Brother and the Holding Company roadie Dave Richards to personalize the car with its signature Flower Power artwork. The vehicle was driven for several years after Joplin’s death by her manager, Albert Grossman, and was restored in the early 90s before being loaned to the Rock and Roll Hall of Fame in Cleveland, where it’s been for the last two decades.

Janis Joplin’s Psychedelic Porsche is considered by many rock historians as an important piece of memorabilia. The singer went everywhere in the car during her last few years alive, and scores of rock and roll heavyweights were seen riding in it with her.