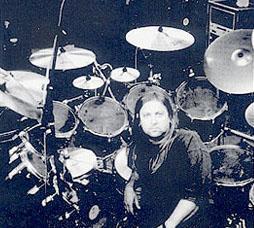 Black ‘N Blue formed in 1981 and released four successful and critically acclaimed albums through Geffen Records, including their self-titled debut (1984), Without Love (1985), Nasty Nasty (1986), and In Heat (1987), with the latter two albums produced by the legendary Gene Simmons of KISS.  The band, which featured Jaime St. James (vocals), Tommy Thayer (lead guitar, and currently performing with KISS as the replacement for Ace Frehley), Jef “Woop” Warner (guitar), Patrick Young (bass), and Pete Holmes (drums), started in Portland, OR as a group of friends that came together to make their mark on 80’s hard rock. The band eventually relocated to Los Angeles and soon found themselves signed to Geffen Records.

The band would go on to sell over a million albums throughout their tenure in the ’80s.  The band scored a hit single with “Hold On To 18” (from the group’s self-titled debut), a track that is widely known as a hard rock classic and still garners airplay on stations across the country.  Their 2nd single, “Miss Mystery” (from Without Love), was a great success for the band.  Throughout their early career, the group toured relentlessly with the likes of KISS, Aerosmith, Queensryche, Night Ranger, Yngwie Malmsteen, and several other platinum acts.