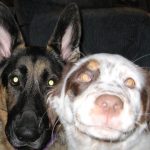 Joel Samuel: Greetings everyone- back in the mid-1980s, thrash metal was in its beginnings. A young Jason Newsted was playing bass guitar with his high school buddies and they became very popular as Flotsam and Jetsam. Jason, as you know, later went on to play with Metallica. This was recorded in front of a small studio audience for my TV show “Backstage Pass” in Phoenix, Arizona. Based on the story of Lizzie Borden for you history buffs-BTW back then TV programs were recorded in mono. Sorry for this slight inconvenience. I hope you enjoy this rare video memory- Thanks for watching! — feeling nostalgic.