Coen Brothers Brought in to Polish Script for “Scarface” Remake 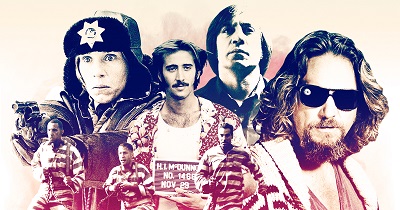 On Friday Universal Pictures announced the release date for “an explosive reimagining” of the gangster classic Scarface. They also brought on the Coen brothers for their skills at polishing scripts. It is unlikely that the brothers will end up directing the film as Universal executives are meeting with Peter Berg (Deepwater Horizon, Patriots Day) and David MacKenzie, whose movie Hell or High Water is currently nomintated for four Oscars, including Best Picture. As of now, no director has been announced.

This is not the first time the Coens brothers have been asked to doctor a script. The duo was recently asked to polish scripts for Steven Spielberg’s Bridge of Spies and Angelina Jolie’s Unbroken. The Scarface script has already had a go from Terence Winter (The Wolf of Wall Street, Boardwalk Empire) and Jonathan Herman, co-writer for Straight Outta Compton.

After announcing a release date of August 10, 2018, you can bet that Universal is close to choosing a director for the film.