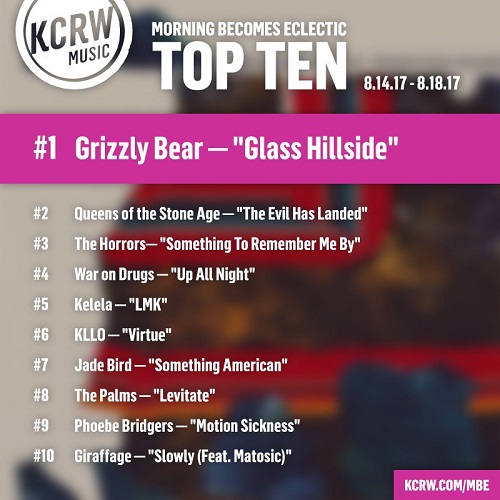 Grizzly Bear’s “Glass Hillside” was #1 on KCRW’s Top Ten Tracks Playlist.  The song is taken from the band’s fifth studio album, Painted Ruins, which was released on August 18, 2017 by RCA.

The #2 spot went to Queens of the Stone Age for their new song called “The Evil Has Landed.” The song appears on the band’s seventh studio album, Villains, released on August 25, 2017. Both tracks have been embedded below.