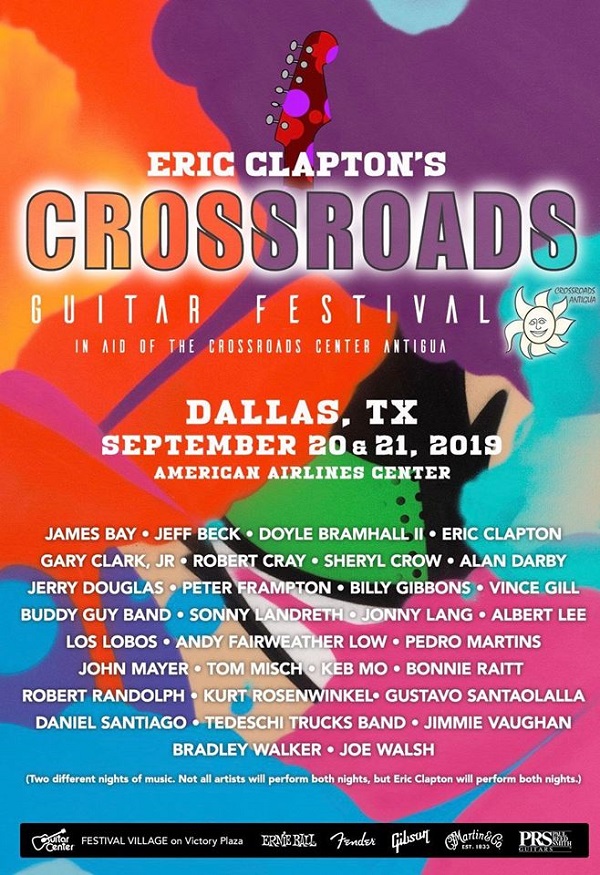 ERIC CLAPTON’S SOLD OUT CROSSROADS GUITAR FESTIVAL TO BE AVAILABLE LIVE ON PAY-PER-VIEW, SEPTEMBER 20 AND 21

The Crossroads Guitar Festival promises two nights of live music performances and impromptu collaborations from the world’s most legendary guitar players with a different line up each night. The line-up of confirmed guests includes:

All profits from the Festival will benefit The Crossroads Centre in Antigua, a treatment and education facility founded by Eric Clapton for chemically dependent persons.

Selling out in just two hours, Pay-Per-View makes this highly anticipated Crossroads Guitar Festival, a must-see event, available to fans for a fraction of ticket costs – just $39.99 per night. Broadcasting in HD, Pay-Per-View provides front-row home access for family and friends to experience many of the world’s top musicians for two fantastic nights of live music.

The Pay-Per-View will be available via Cable, Satellite, Telco and Digital outlets who will broadcast the live event. Contact local Pay-Per-View providers for more information and to order.