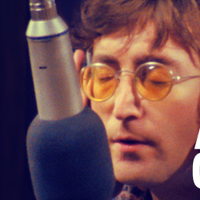 John Lennon (Official): GROW OLD WITH ME✌️❤️⭐️⠀⁣
Ringo Starr performs John Lennon’s ‘Grow Old With Me’ on his hew album ‘What’s My Name?’, featuring Paul McCartney on bass and backing vocals.⠀⁣
⁣
Ringo Starr: “Jack Douglas asked if I ever heard The Bermuda Tapes, John’s demos from that time, and I had never heard all this. ⁣
⁣
The idea that John was talking about me in that time before he died, well, I’m an emotional person. And I just loved this song. I sang it the best that I could. I do well up when I think of John this deeply. And I’ve done my best. We’ve done our best. ⁣
⁣
The other good thing is that I really wanted Paul to play on it, and he said yes. Paul came over and he played bass and sings a little bit on this with me. So John’s on it in a way. I’m on it and Paul’s on it. It’s not a publicity stunt. This is just what I wanted. ⁣
⁣
And the strings that Jack arranged for this track, if you really listen, they do one line from “Here Comes The Sun.” So in a way, it’s the four of us.” ⠀⁣

And as a little tribute, it’s nice to see Ringo wearing a badge made from the John Lennon USA Postage Stamp on the cover of the album.⠀⁣