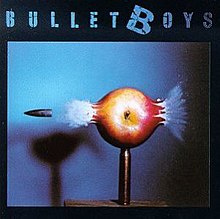 Inside the Album:
BulletBoys
Self-Titled

LISTEN TO THE ENTIRE INTERVIEW VIA THE EMBEDDED YOUTUBE CLIP OR SOUNDCLOUD WIDGET BELOW.

You can also listen to this episode via Apple Podcasts.

Make sure to listen to our interview excerpt with Mick, where he talks about how BulletBoys formed out of the ashes of King Kobra, a band that featured Mick, Marq Torien and Lonnie Vencent @ this location.