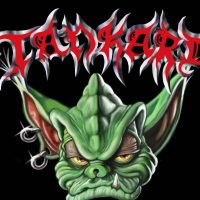 Tankard: Out on February 26th: “For A Thousand Beers” Vinyl- and CD-boxset!

Formed in 1982 in Frankfurt, Tankard are considered one of the pivotal, German metal acts. Often cited alongside Kreator, Sodom & Destruction as one of the big four of Teutonic thrash metal. An early demo, ‘Alcoholic Metal’ got them signed to the fledgling Noise Records label based in Berlin, and from 1986 to 1995 they released seven studio albums (Zombie Attack, Chemical Invasion, The Morning After, The Meaning Of Life, Stone Cold Sober, Two-Faced and The Tankard) plus an EP (Alien), a live album (Fat, Ugly & Live), a live video (Open All Night) and a compilation (Hair Of The Dog), plus an EP as Tankwart, their covers band alter ego. Now celebrating their 40th anniversary as a band, this box set of their entire Noise discography also contains some previously unreleased live concert video and audio and is the complete collection of their time with the label. Still touring and recording today, Tankard show no signs of slowing down. Hold up a beer and raise a toast! 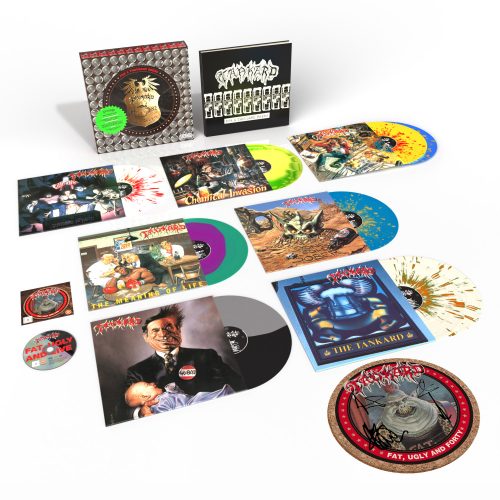 The Morning After (plus Alien EP)
(Remastered 2LP with original artwork)

The Meaning Of Life
(Remaster on green and purple swirl vinyl)

Two-Faced
(Remastered on black and silver half and half vinyl)

The Tankard (plus Aufgetankt EP)
(Remastered 2LP with original artwork)