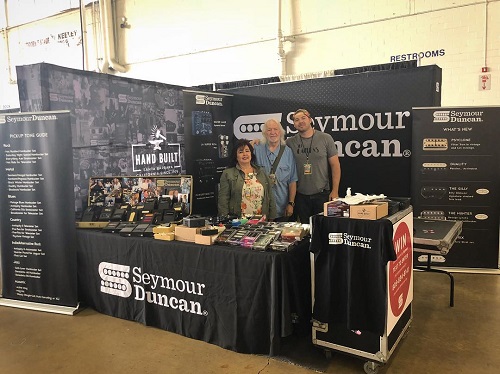 Seymour Duncan:  “We’ve arrived in Dallas! Excited for the fun weekend of tone talk ahead of us at the Dallas International Guitar Festival. Please stop by our booth and say hi – Booth #621! Seymour will be winding pickups daily, which one lucky DIGF2018 attendee will win each day of the show!” 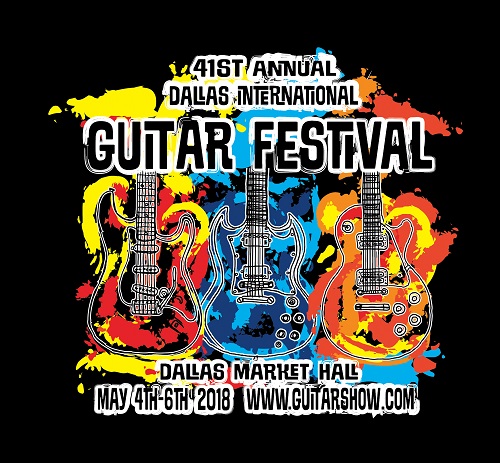 From its humble beginnings in a small meeting room of a Dallas hotel in 1978, to 140,000 square feet of display space at Dallas Market Hall today, the Dallas International Guitar Festival celebrates 41 years of bringing guitar dealers, manufacturers, collectors, celebrities and music enthusiasts together.

Today there are more than 2,000 guitar shows and festivals staged around the world, but the guitar show phenomenon actually began in Texas with the vision of Dallas guitar shop owner Charley Wirz. Charley conceived the idea of establishing and promoting a vintage guitar show similar to other collectible shows, with booths leased to dealers and collectors. Build it and they will come, he thought. And they did. In partnership with John Brinkmann and Danny Thorpe, he staged the first Dallas guitar show. The partnership was dissolved after the 1981 show and Charley continued to stage the Dallas show until his untimely death in 1985. That first show – the Greater Southwest Vintage Guitar Show – was a modest success for the 10 exhibitors who leased booth space to show off and sell their prized vintage guitars. Each year, the Show attracted more exhibitors and attendees, changing venues to accommodate the growing crowds. But in 1985, show founder Charley Wirz died unexpectedly. Charley’s Guitar Shop and the rights to the Guitar Show were then purchased by Mark Pollock, one of Charley’s closest friends, a good customer and a touring musician himself. Mark had some ideas about the show’s size and location, so he began a series of changes that have led to its prominence today.

Mark’s first big change was to expand the show by moving its location to the Dallas Convention Center. He envisioned bringing together both guitar purists and everyday music fans, so he hosted a party on Saturday night and hired some outstanding musicians to entertain. Thus, the annual Saturday Night Jam was born. In 1989, Mark initiated a second major change by bringing guitarist and 1978 Show exhibitor Jimmy Wallace in as his partner. A record 10,000 attendees moved through the gates the following year and Mark and Jimmy were onto something. The Dallas show kept growing and Mark and Jimmy moved the location to Dallas’ Fair Park in 1996. In 1997, the 20th annual show was expanded to include Music Fest, a celebration of local, regional and national bands performing on two stages throughout the weekend. This was Mark and Jimmy’s third major change and it added even more appeal to the general public. The Festival’s final year at the State Fairgrounds was marked with the honor of being asked to participate in the first of Eric Clapton’s Crossroads Guitar Festival by presenting the Vintage Guitar Showcase during the three day, star studded weekend. In 2004 Mark and Jimmy moved the show to Market Hall; the largest privately-owned exhibition hall in the USA.

There will be more artists in attendance, performing and mingling with the attendees throughout three days of guitar heaven. 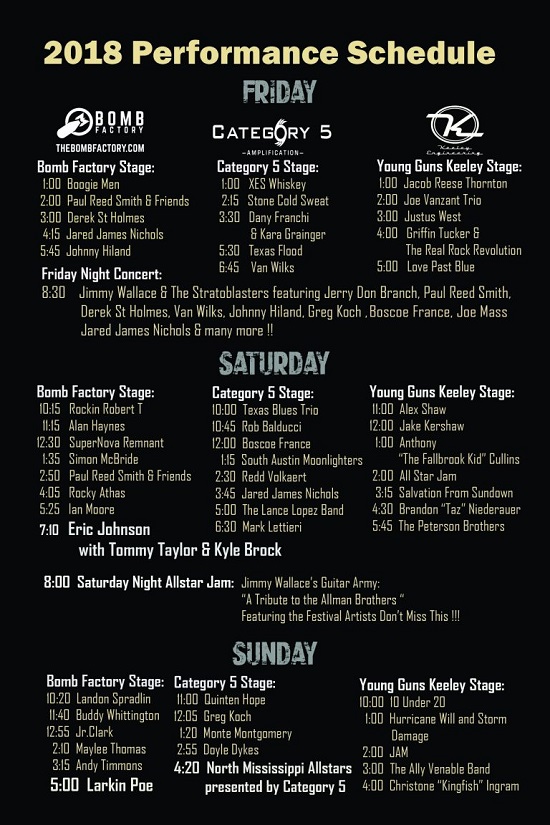