Michael Schenker on His Aerosmith Audition: “Steven Tyler comes in, and he was completely out of it and on something” – 2022

VWMusic: We recently dug in with legendary guitarist, Michael Schenker regarding his latest album, and more. Read the entire interview @ this location.

You mentioned Ozzy Osbourne. How close were you to joining his band? 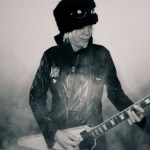 I was kind of tempted. I had only just left UFO and the Scorpions, and I had already auditioned for Aerosmith. When I was approached by Ozzy, he told me, “You were Randy Rhoads’s favorite guitarist. I want you to join.” It was kind of strange to deal with that situation because Ozzy called me in the middle of the night, and he was obviously very confused and disturbed and begged me to join. I considered it heavily, but something was pulling me away. I had to analyze what was going on. I didn’t quite understand myself.

And then I came to the solution, I said to myself, “I cannot do this, because I’m working for self-expression. If I join him, I have to play all these past albums. I have to copy all of them. I have to be on stage. And I have to do something that I just ran away from.” In the end, I had to remind myself, “Michael, you left UFO and you just left the Scorpions. You left for a reason, and for that same reason, you should not join Ozzy.” After thinking about it, that was very clear to me, and I don’t regret the decision for one minute.

You just touched on your audition for Aerosmith, which is an interesting footnote in your career. I know this is going back a bit but walk me through how that happened.

Well, it was in ’79, and I was in a transitionary period. I had just left UFO and the Scorpions. I was in a transition-type state and a transition-type frame of mind. It was like a little bit of a limbo. I was not quite sure what I needed to do next, and honestly, all of ’79 is kind of a blur. So, the word got out that Aerosmith needed a guitar player, as Joe Perry had just left. My management said, “Michael, you should do this. Let’s have you go out there and see if it’s a good fit.” So, I went over there, and I was sitting in a hotel room for five days, and nothing happened. That is a good example of what these big bands do – they sit around for hours, and for days, and they don’t do anything and spend money. [Laughs].

Anyway, eventually, there is a knock on my door, “They’re ready for you.” So, I go down, and I went into the rehearsal studio, and of course, everybody was waiting for Steven Tyler. Well, eventually, Steven Tyler comes in, and he was completely out of it and on something, so there was not really any point in rehearsing or doing anything. And to be honest, I was not really straight myself after waiting for five days in a hotel room, so basically, we all split, and I went back to England.

The funny thing was that later on when I was forming the Michael Schenker Group, I was told by management, “Michael, the Aerosmith rhythm section is available. I want you to go to Boston and rehearse with them, and see about them joining,” and I said, “Alright, I’ll go there,” and I went to Boston. So, I started rehearsing with Joey Kramer, and Tom Hamilton in this huge rehearsal room, it was quite a big rehearsal space, and in distance, there was a door, so the doors swing open, and a guy was coming in, and he’s coming closer and closer, and then suddenly, he turns around and runs out. I said to myself, “Was that Brad Whitford?”

My understanding is that he had heard that Joey and Tom were rehearsing with me, and potentially leaving Aerosmith to join my band. I think he wanted to see if it was true that the rhythm section of Aerosmith was rehearsing with Michael Schenker. I guess he saw it, turned around, and ran out of there at lightspeed. At the time, Steven Tyler was in the hospital, and Brad must have run down there and said, “Steven, you must get better soon. Michael Schenker is stealing our rhythm section.” [Laughs]. Anyway, the next thing I know, Joey Kramer and Tom Hamilton were out of the picture, and Aerosmith had reunited with Jimmy Crespo on guitar.