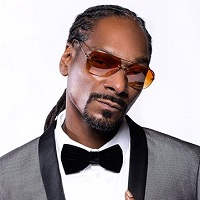 Snoop Dogg: “New show Clout Chasers comin soon !! It’s time we expose the truth ?? investigating the real stories of these people trying to get their 15 min of fame.”

WATCH THE TRAILER BELOW

Hosted by Snoop Dogg, the “docu-reality” looks to detangle the motivation and psychology behind this world, through real stories and real scenarios. With the platform of social media, a whole new group of extortionists have emerged.

[CLOUT CHASER
/klout ˈCHāsər/
noun
a person who strategically associates them self with the success of a popular person or a current contemporary trend to gain fame and attention. This personality disorder is often resembled as “riding the
wave” without concern for damage or integrity.