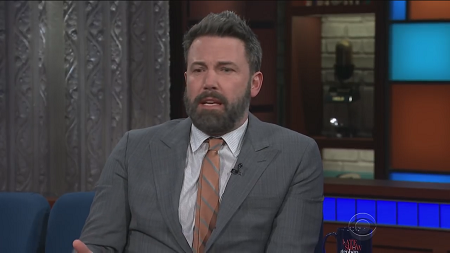 Ben Affleck probably thought going on The Late Show with Stephen Colbert, to promote his latest film, Justice League, was going to be a routine gig. But things got heated when Colbert asked Affleck about the sexual misconduct allegations against Hollywood producer Harvey Weinstein, who Affleck worked with on several films. Then things got even more heated when Colbert asked Affleck about his own sexual misconduct allegations.  Watch the footage below.

Ben recently made a public apology after a former MTV host accused the actor of groping her in 2003.