Paul McCartney: Land ho! Grandude and the Chillers are coming up for air this September in ‘Grandude’s Green Submarine’!

Grandude’s Green Submarine is Paul McCartney’s second picture book, an exciting sequel to Hey Grandude! It will be published in hardback on September 2, 2021. The audio CD is also available. 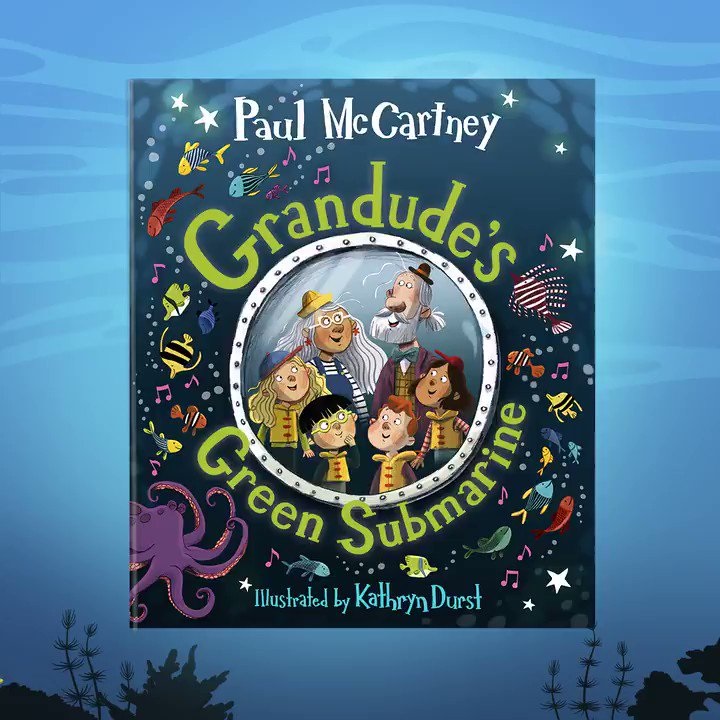 Join Grandude and his grandchildren as they set off on an exciting adventure, this time in a very special, magical submarine. They fly through the sky, ride a river through a jungle and go deep under the ocean, as they search for their grandmother – Nandude – another adventurer who loves making music!