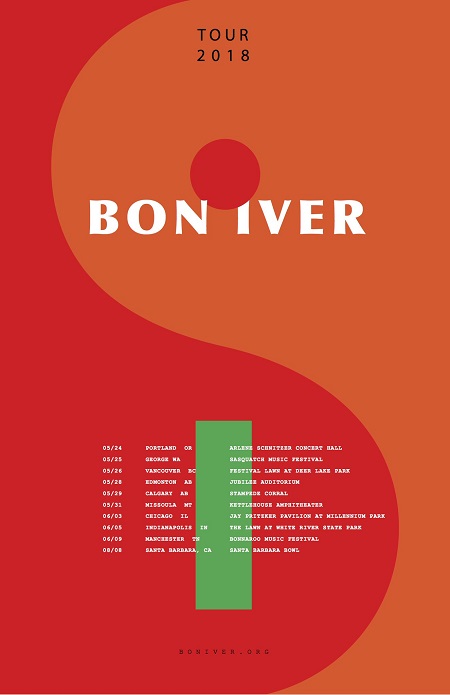 Bon Iver will launch a string of North American tour dates on May 24th in Portland at the Arlene Schnitzer Concert Hall.  The 9-date trek will also make stops in George, Vancouver, Edmonton, Calgary, Missoula, Chicago and Indianapolis before wrapping up on June 5th in Manchester at the Bonnaroo Music Festival.  A list of dates can be found below.