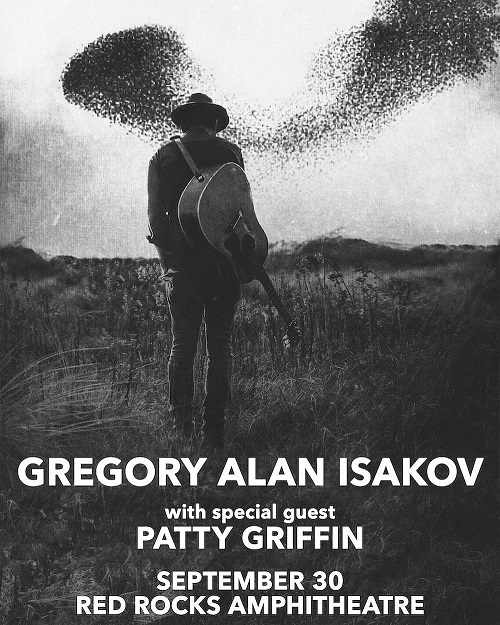 Gregory Allen Isakov with special guest Patty Griffin are scheduled to perform at at Red Rocks in Morrison, CO on September 30th.  About the concert, Isakov said: “What an honor it is to be returning to the greatest venue of all time with Patty Griffin.  See ya this September, Red Rocks!”

Fan pre-sale begins tomorrow (2/21) at 10AM (MST) at this location.
Password: SUITCASE

Born in Johannesburg, South Africa, he emigrated to the United States as a child.  Although he was initially raised in Philadelphia, Isakov began touring with a band at the age of 16 and later relocated to Colorado.  Some of his most popular songs include “The Stable Song” and “Raising Cain.”

The track “Big Black Car” from his 2009 album, This Empty Northern Hemisphere, was featured in a McDonald’s commercial. The singer-songwriter donated the proceeds to non-profit organizations that help further sustainable farming and nurture community.