Wes Borland:
“BDF 2 out everywhere this Halloween!
‘He Rides the Skies’ single out (below) and album pre-order on
Friday the 13th!” 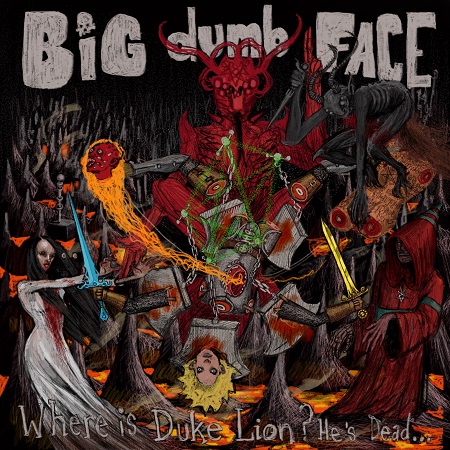 “Updated cover with Zargon Moth added. Also known as the Black Goat of Gaultry, he’s responsible for the designing and building of The Magick Guillotine. The instrument by which Duke Lion dies. Wielder of The Ice Sword, he pulls the strings and has a mountain top fortress which houses a secret portal to a special level of Hell where he can create enchanted weapons with altered dimensional physics using the alien alloys present there. Big dumb Face 2: ‘Where is Duke Lion? He’s Dead…’ drops in less than a month on Oct. 31st.”