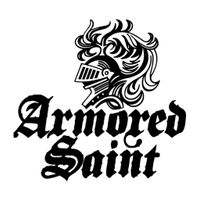 Armored Saint: Throwing it back today to a collection of OG Saint tour laminates from back in the ’80s! How time flies! Any veterans in here that remember attending one of these? 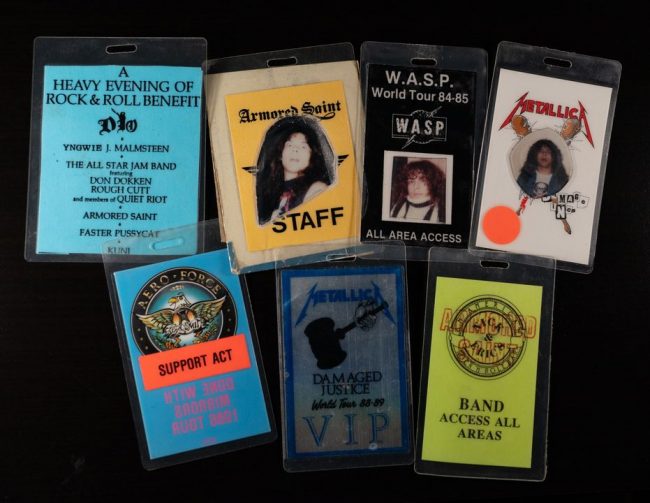 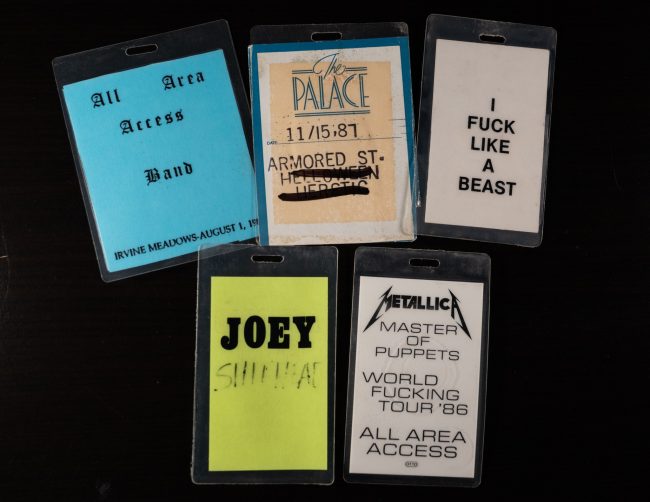 Well, here’s a good one we just dug out of the vault for you guys!

Our first promo pic just after getting signed to Chrysalis in 1984. Photo by Neil Zlozower pic.twitter.com/51ycoxe9vI 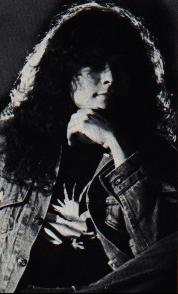 full in bloom:  Any memories stand out from the March of the Saint recording sessions?

Joey Vera:  By the time we were to record March of the Saint, our recording experience was very limited.  We had done a drunken and stoned session, which was our first EP, and then we did 2 sessions with our A&R guy at Chrysalis (Ron Fair) which led to us getting signed.  So, we went into Ocean Way Studios home of such heavies as AC/DC, BB King, Eric Clapton, Elton John, Supertramp, Barbara Streisand, Tom Petty, Rolling Stones.   In fact, we were there for two and a half months and during that time, Supertramp was recording in the studio on one side and Barbara Streisand was in the other.  And there we were making March of the Saint, bringing our friends over, drinking beer, and just having a party.  We were 21 years old.  Little did we understand though that this studio was costing us $300 an hour or $2500 a day.  And we missed the part about having to pay that back to the record company.  Our producer Michael James Jackson (KISS, Creatures of the Night) was never there or always on the phone.  But we didn’t quite see eye to eye with him anyway.  One day he told us that he didn’t like Black Sabbath.  From that day on it was like “you just don’t get it.”  The whole thing was a great big slap in the face. Suddenly we had all of these outside people fucking with our thing, slowing tempos down, making things overly polished, trying to manufacture a “sellable item.”  It was the first time we felt like we were losing control.  At the end of the record, we were very unhappy with the production, the mix, the way we worked, and who we worked with.  And the producer and our manager let us spend over $300,000 on our first record.  To this day we are still in debt for that one.

Previous: Ex-Anthrax Guitarist Dan Spitz: Anyone else watching the kick ass series Pam & Tommy and see the vintage Anthrax shirt? – Hulu
Next: Exodus/Slayer Guitarist Gary Holt on the Doomsaw Guitar Pedal: “It’s going on the pedalboard for SURE!” – 2022 – Does It Doom