twenty one pilots “Nico and the Niners” Official Video Premiere 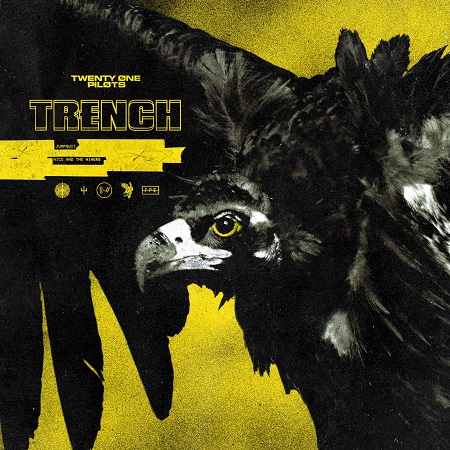 The official video for the song “Nico And The Niners” by twenty one pilots can be viewed below.  The track is taken from the upcoming album, Trench, which will be released on October 5th via Fueled By Ramen.

Trench will mark the first release from the duo since 2015’s Blurryface, which debuted at #1 in the United States on the Billboard 200, shifting 147,000 album-equivalent units (134,000 traditional album sales) in its first week. As of July 2018, the album has sold 6.5 million copies worldwide.

What I say when I want to be enough,
What a beautiful day for making a break for it,
We’ll find a way to pay for it,
Maybe from all the money we made razorblade stores,
Rent a race horse and force a sponsor,
And start a concert, a complete diversion,
Start a mob and you can be quite certain,
We’ll win but not everyone will get out.