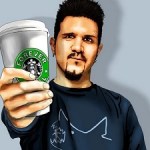 Thanks for heads up on the new RXPTRS record, I’m digging this Chris Santos 🤘🤘🤘 Metal Blade 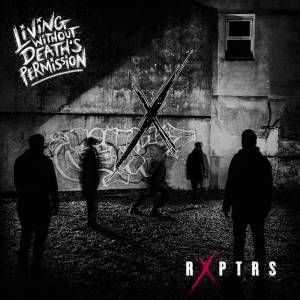 There are few bands that truly transcend genre, but on their debut album, RXPTRS can lay claim to doing exactly that. Formed in Bristol, UK in 2018, the quintet blend rock, metal, punk and hardcore with a seamlessness that is enviable, creating something that is unique that seethes with boundless energy. “We never approach anything with a genre or an audience in mind, it has to be what we’re feeling in that moment. If it comes out punk, sick, if it sounds metal, awesome, if it doesn’t sound like anything else, even better. Nothing’s off the table,” explains vocalist Simon Roach. “We all come from different backgrounds and have all been inspired by so many different genres, we wanted to hear a sound that mixed all those influences, so we thought, ‘let’s be that band’. I totally get that genres help steer people, but we don’t want that stability. I feel like nothing great can come from a comfort zone.” In 2022, the staggering full-length Living Without Death’s Permission finally arrives, ten tracks that cover a lot of musical and emotional ground, and demonstrate great growth compared to their earlier material. “Touring constantly for the first two years as a band has helped our evolution. We consider ourselves a live band first and foremost, and subconsciously that creeps into the writing, you write songs for the full experience. With each song we write, we’re at competition with ourselves, we always want the next song to be better, so we push our own boundaries, whether that’s with style, energy, emotion, anything; the next song has to go further.”

Hailing from Bristol certainly helped motivate and inspire the band, all of the members actively participating in the city’s fertile music and arts scene before finding each other. “We had all previously been in numerous bands, each came with their own flavors of drama and shortfalls. When the five of us got together, something clicked, the usual bullshit got pushed aside, and our sights were set where we needed them to really knuckle down,” says bassist Sam Leworthy. Hitting the ground running, their first show in Bristol sold out, hosting their own hometown festival the following Christmas and having great success with that. Support opportunities came up too, and they opened for Escape The Fate and Light The Torch, “that was a great feeling in itself, but more important to us, the crowd was really engaged. At no point did we feel like ‘some band’ supporting the headliners,” says Leworthy. When it came to starting work on their debut full-length, the majority of the writing sessions were a “lockdown lock-in”, due to the pandemic unable to get together in the rehearsal room as they would have otherwise. However, three of the members live together, which made things a little easier, and they would bounce tracks around between them via email, before the restrictions were finally lifted and they could all be in the same place. The result is a markedly varied collection, changing gears constantly and unafraid to switch things up, which was never the intent from the outset. “I think it’s important that we get our thoughts and feelings out, in whatever form, and as it happened, it was just a weird range of feelings,” says Roach. “We try not to formulate anything, so there wasn’t a discussion about it, but we like the fact that it has come out so varied. If we were in one kinda mood, we wouldn’t shy away from doing just a collection of angry songs, or emotional songs, or uplifting songs. It just happens that in this time, we’ve gone through a crazy spectrum of shit, so the music reflects that.”

Living Without Death’s Permission is a phrase Roach coined when he was told he should be dead following a near-fatal accident. “I nearly got decapitated in a horrendous car crash a few years back. It was a bit of a miracle, and since that, I’ve kinda looked at life differently. I watched that film ‘Final Destination’ when I was younger, and that incident kinda reminded me of that – life is fragile, so live it up, carpe diem and all that.” When it came to lyrics, Roach wanted to “paint life from my perspective”, his experiences coming close to death on more than one occasion opening his eyes to a number of things. “I wanted to touch on subjects that bring me joy, baffle me, disgust me, entertain me and so on. I have a lot to say, and if I am gonna die, I’m gonna throw my two cents everywhere while I can.” Opening track “Burning Pages” most directly touches upon the theme of the album’s title, and in fact includes it in the lyrics, and is essentially a diary extract from the time after his car crash. “I was lucky to be alive, in fact, I felt more alive than ever. I left home, left the country by myself and decided to go see what life was all about. I found myself slumming on floors in Tokyo, hitchhiking across the southern hemisphere, through Australia, New Zealand, got stuck on an island in Fiji and ended up in LA. I met a lot of people and learned a lot along the way, so this song sums up a little bit of that.” Then there are “Let Me Die How I Want,” “Cold Ground” and “The Death Rattle”, which were written as a trilogy, following a period during which the vocalist’s grandmother suffered, mentally and physically, and decided she didn’t want to live any more. “That shook myself and my family to the core. It was incredibly unexpected and took its toll, especially on my grandad who passed away soon after her. I wrote the three songs from different perspectives on the situation, in an attempt to get a form of closure. ‘Let Me Die How I Want’ is from my grandma’s perspective, ‘Cold Ground’ is Grandad’s perspective from the time between his wife’s death and his own. ‘The Death Rattle’ is my reaction, as I struggled with self-destruction while trying to keep my head up and live life to the fullest, while feeling soul crushed and mourning the loss of them both. We were very close, so I didn’t handle anything after losing them very well.”

The album was recorded, mixed and mastered by Oz Craggs at Hidden Track Studios in Folkestone, who the band have worked with since their 2019 debut EP, having a great rapport. Leworthy says that the sessions were “definitely intense”, and that “Oz has a superhuman attention to detail without taking away from the raw vibe that we’re after. There were some long, coffee-fueled hours involved, but the payoff was huge. It also helps that we get on with him really well, so it really takes the edge off.” Covid again had an effect on the recording sessions, limiting the number of people who could be in the studio at any one time, but they placed their trust in one another and Craggs to get the best possible results. “I think this actually helped in the long run, as everyone went with their own instincts on takes, and took things into their own hands, and had more one-to-one time with Oz to get the best product,” says Roach. This all ultimately worked out in their favor, delivering a record that will introduce the wider world to RXPTRS and open their eyes to what this young band is capable of delivering. Looking to the road ahead, Leworthy sees “blood, sweat and tears, and not all our own” while Roach says, “I feel like this is just the beginning. Our most recent track has put us in the ears of more and more people worldwide, and we can’t wait to get in front of every one of them at a live show. We have a hell of a lot to say, and we’ll be like juggernauts until we say it all.” 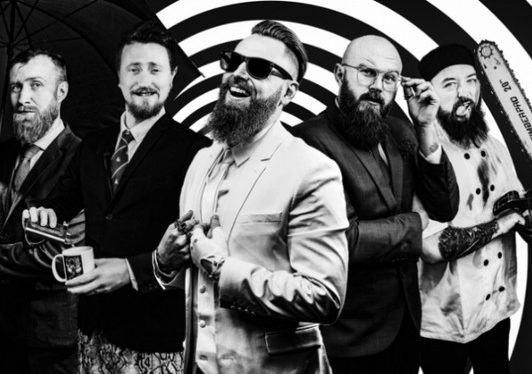