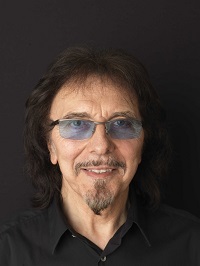 Tony Iommi: About “Circle of Tone“…

I’m certainly not trying to destroy “Circle Of Tone” ! I think that he’s doing a really great job in what he does! He’s managed to reproduce a similar sound to what I’ve got on the Paranoid track and I think that’s really good! Although I did play Paranoid on the twelfth fret.

It seems to have got totally blown out of proportion. What I was trying to do was to point out that I never recorded with a guitar upside down, in fact the guitar I used was my red Gibson SG left handed model for the first Black Sabbath album and I would use the treble pickup most of the time on all the tracks accept one track that was recorded on my Fender Strat which was Wicked World. All the rest was on the left handed red Gibson SG.

On the Paranoid album I used the red Gibson SG for most of the tracks and on the Paranoid track I used a white three pick up Gibson SG. On Hand Of Doom I used a black Gibson Les Paul. I think Circle of Sound are doing a great job so keep it up!

Totally wrong information about using my neck pick up for the rhythm sound and using a right handed guitar upside down for the recording of the first album ..where do they get it from.https://t.co/y0aLewvmdJ

Previous: Possessed’s Jeff Becerra: “Binge Watching The Witcher” on Netflix – Trailer
Next: Slash Says Ozzy’s New Vinyl Box Set Is “Fucking Killer!” – ‘See You On The Other Side’