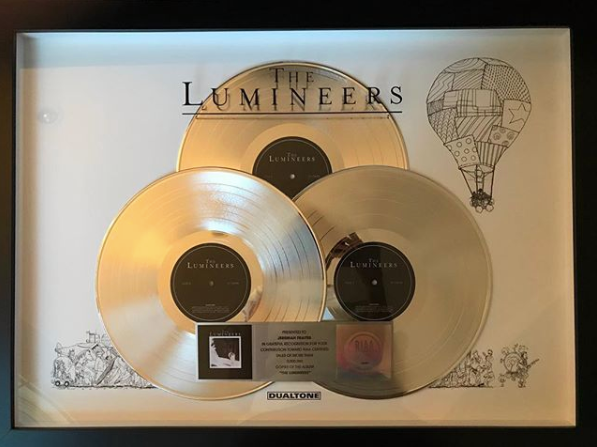 The self-titled debut studio album from The Lumineers was certified ‘Triple Platinum’ by the RIAA for sales in excess of three million copies in the United States alone.  Released on April 3, 2012, the album debuted at #45 on the Billboard 200 chart, but, driven by the success of the single “Ho Hey,” it eventually peaked at #2.

About the 3X ‘Platinum’ certification, Jeremiah Fraites said: “This one means a lot.  I cannot believe we surpassed 3,000,000 copies of our debut album.  That’s approximately 2,970,000 more than I ever thought we’d sell.  Thank you to the greatest fans in the world.  Also, thank you to the FedEx guy for finally stopping after chasing you for 2 blocks to get this package from you.”