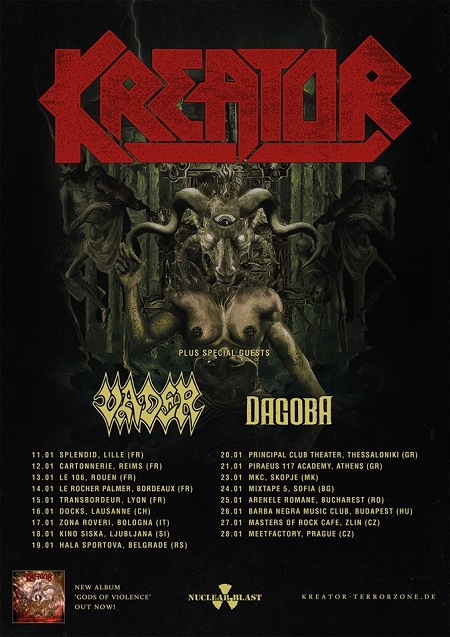 Following an Asian/Australian run, Kreator will be heading back to Europe in January.

Due to the situation surrounding Decapitated (read below), who have cancelled all planned touring, the band will not be supporting Kreator on the upcoming European tour.  Polish death metal band Vader will take their place and are set to play their classic album The Ultimate Incantation, celebrating its 25th anniversary.

Decapitated have been accused of kidnapping and gang rape, after a woman claimed she was held against her will and raped by each of the band members, following their Spokane, Washington gig on August 31st.

Decapitated’s lawyer Steve Graham issued the following statement: “Decapitated plan to fully fight the allegations that are brought against them, and we are fully confident that the other side of this story will be heard.” He added: “we have witnesses that can testify to the fact that the accuser came to visit the band of her own free will and left on good terms”.