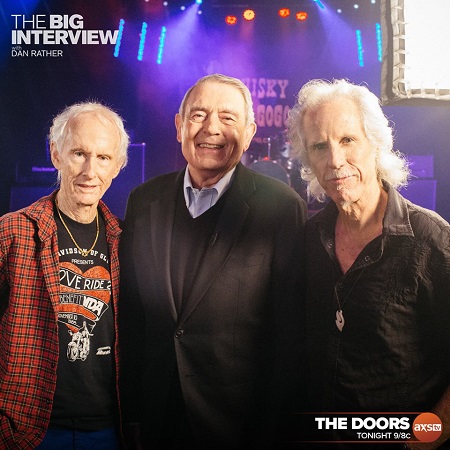 The Big Interview with Dan Rather

Dan Rather interviews the two surviving members of The Doors, John Densmore and Robby Krieger, about their music, the sixties, and the life and death of Jim Morrison.  The segment premieres tonight, March 20th at 9/8 CT on AXS TV.

The Big Interview with Dan Rather ​returned for its sixth season on March 13th.  The complete 2018 lineup can be viewed at this location.