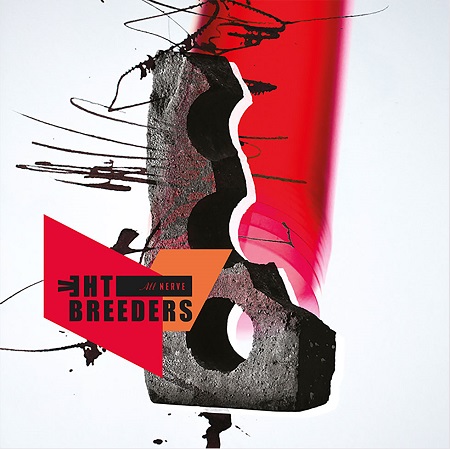 The Breeders just released a video of frontwoman Kim Deal covering Michael Nesmith’s “Joanne.”  The footage was filmed at Steve Albini’s studio, Electrical Audio, Chicago, and has been embedded below.

The Breeders will release their upcoming album, All Nerve, on March 2, 2018 via 4AD.   The album reunites band members Kim and Kelley Deal, Josephine Wiggs and Jim Macpherson – the classic line-up behind the Breeders’ iconic and platinum-selling record, Last Splash.  The quartet returned to the stage in 2013 to celebrate the album’s 20th anniversary and have been quietly working on new material since then. Recording took place at Candyland, Dayton, Kentucky with Mike Montgomery; Electrical Audio, Chicago, with Steve Albini and Greg Norman; and with Tom Rastikis at Fernwood Studios, Dayton, Ohio.  Artwork was conceived by Chris Bigg, who has worked with the Breeders since their first album Pod.  You can order the album at this location.

“Joanne” was a Top 40 single for Michael Nesmith. The track is taken from his solo album, Magnetic South, which was released via RCA Records in 1970. It marked the first album released by Nesmith and The First National Band following his departure from The Monkees. The song peaked at #21 in the United States on the Billboard Top 100. It was the most successful solo U.S. chart hit for any member of The Monkees.