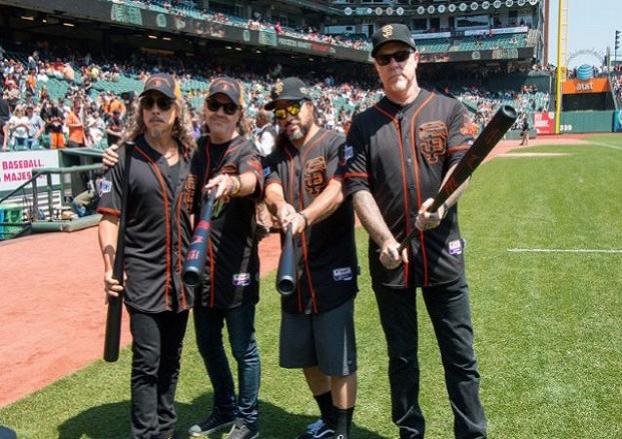 More details have emerged for the Metallica / San Francisco Giants fifth annual “Metallica Night”. The band will throw the first pitch of the game as well as perform the “Star-Spangled Banner” and there will be a V.I.P. Q&A hosted by Metallica drummer Lars Ulrich with tennis coach & author Brad Gilbert. In addition, there will be Metallica ticket bundles that include limited-edition Metallica / Giants t-shirt with any ticket purchase. The event will take place on August 7th at AT&T Park in San Francisco, CA, with the Giants playing the Chicago Cubs.

Metallica stated: “We’ll be on hand all night to cheer on the orange and black as we take part of some of the between-innings festivities.”

A portion of the proceeds go to the Posey Family Foundation, which donates money towards pediatric cancer research hospitals and charitable organizations.