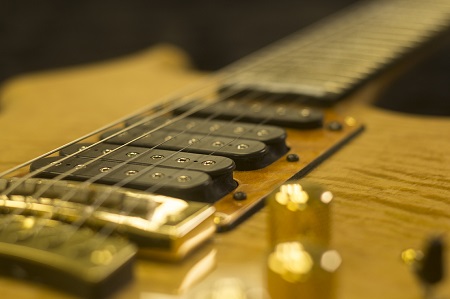 To honor the late Jerry Garcia on what would be his 75th birthday (August 1), the Jerry Garcia Foundation commissioned luthier Tom Lieber to create an eco-friendly, plastic-free electric guitar. Named “Ocean”, the instrument is made from sustainable maple with a fingerboard inlay image of Garcia’s etching called “Fish.”

This guitar, “Ocean”, has been conceived with love and intent to serve as a symbolic vehicle for the Jerry Garcia Foundation to utilize in its continuing effort of expanding the positive world impact of Jerry Garcia’s creative legacy” 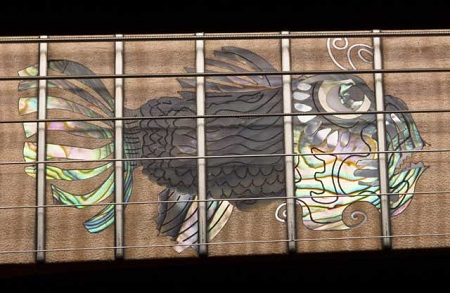 Doug Irwin and Lieber were the designers and builders of Garcia’s two most famous guitars, “Tiger” and “Wolf”.

I worked alongside Doug Irwin from July 1974 through November 1977 designing and building guitars for the Grateful Dead, Jefferson Starship and many other legendary musicians.

Established in 2015 by Manasha and Keelin Garcia, the Jerry Garcia Foundation is a nonprofit organization that supports artistic, environmental, and humanitarian causes through the beauty of art and music.