The music is modern, but we have an old school soul. What is unique about Sons of Apollo is that we have true rock ‘n’ roll swagger along with the virtuosity — a lethal combination!”

This is a real band. This is going to pick up for me and Billy where The Winery Dogs left off, in terms of this being the next logical full-time thing for us. I’m not saying The Winery Dogs have broken up, because we haven’t, we’re just on a break. Sons of Apollo is absolutely going to be a full-time band and we plan on touring all over the world all throughout 2018 and, honestly, it is the priority for all five of us.” 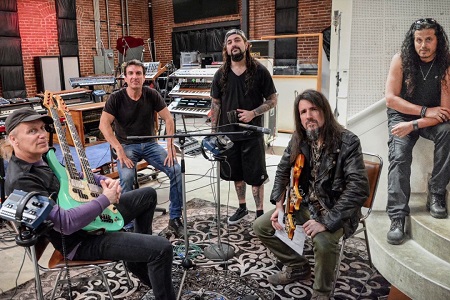